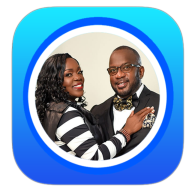 The Best Source for Spiritual Insight.

About: Minister Kevin L A Ewing

Minister Kevin L A Ewing is well known throughout the island of Grand Bahama and by extension the Bahamas for his weekly religious articles in the Freeport News, along with the Tribune Newspaper. He has been a guest on many local and international radio talk shows as well as the guest speaker at many local and international conferences, workshops and revivals, specifically for his teachings on spiritual warfare and dream interpretation. He is also the administrator, producer, and writer for his blog site, Journey into God's word; his YouTube channel and several online social media educational forums.

Minister Ewing is a Profound and detail teacher, dissecting the word of God whereby even a child can understand it. His teachings are littered with scriptures, and he believes that the scriptures are the spiritual laws and principles that govern the spirit as well as the physical realm. He has also had the pleasure of partnering with many Ministries and is currently working along with other Ministries via workshops, conferences, training seminars and small group meetings to help build, structure and equip through spiritual knowledge, their arm of spiritual warfare. His, most noted scripture, Hosea 4:6, which states that the people of God are destroyed because of a lack of knowledge, is what he describes as the foundation of his ministry.

Minister Ewing, is of the view that the lack of knowledge as it relates to spiritual laws and principles are continuously determining failure or success for the Believers of Jesus Christ.